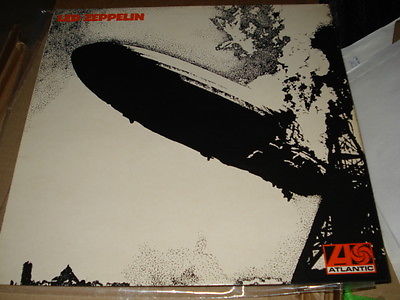 On offer here is a VERY rare LP (especially in this condition!!!!) by Led Zeppelin called "Led Zeppelin" and is an 1969 UK Pressing on the Red/Maroon (Plum) Atlantic label!!!!  THIS LP IS SERIOUSLY RARE AND VIRTUALLY IMPOSSIBLE TO FIND!!!!  THIS WAS LED ZEPPELIN'S FIRST LP EVER - AND VIRTUALLY NEVER TURNS UP FOR SALE (LIKE THIS!)!!!!  JUST TRY AND FIND ANOTHER ONE!!!!  IT IS ONE OF THE MOST SOUGHT AFTER LPs EVER MADE - AND IS INCREDIBLY HARD TO LOCATE TODAY!!!!  THIS LP IS MADE EVEN RARER STILL - AS IT HAS THE ULTRA RARE A//1 'A SIDE' MATRIX & ULTRA RARE 'CORRECTED' 'Av4 B-SIDE' MATRIX WITH EXTRA GAPS (BARELY ANY WERE EVER MADE LIKE THIS ON THIS LABEL!

NOT ONLY THAT - BUT THE COVER HAS AN AMAZING SET OF MISPRINTS TOO!!!!  FIRSTLY THE ORANGE 'LED ZEPPELIN' IS SET DOWN THE COVER!!!!  THIS HAS LEFT A GAP ABOVE THE TITLE IN THE TOP LEFT CORNER - AND EXPOSED FAR MORE OF THE TOP OF THE PICTURE THAN IS NORMALLY THE CASE!!!!  SECONDLY THE 'SILVER LINE' AT THE VERY BOTTOM HAS COMPLETELY GONE!!!!  THIS ULTRA RARE MISPRINTS ONLY EVER HAPPENED ON AN ABSOLUTELY TINY HANDFUL OF '588171' RED/MAROON ATLANTIC PRESSINGS - AND MAKE THIS LP FAR FAR RARER THAN NORMAL (BARELY ANY ARE EVER SEEN LIKE THIS!)
FOR ONCE THERE IS FULL HISTORY WITH THIS ULTRA RARE â€˜PROMOTIONALâ€™ LP:-  It is very VERY rare indeed to have FULL history of any LP today.  And it is even RARER to know a FULL history of a â€˜factory sampleâ€™ PROMOTIONAL LP.  Many â€˜factory samplesâ€™ have had stickers put on them at the later date, are fake printed ones, and even more laughably they are often the wrong ones!!!!  Every different company used different factory sample stickers â€“ and some just didnâ€™t use them at all (like Pye for example) so they are not inter-changeable!!!!  So it is very VERY important indeed to have the FULL history of a â€˜Factory Sampleâ€™ LP to 100% GUARANTEE it is 100% GENUINE (which I am VERY happy to do in this case!).  The 1 previous owner of this LP worked for the UKâ€™s BIGGEST record shop chain in the 1960s and 1970s namely Woolworths.  And for those outside of the UK who donâ€™t know?  Woolworths literally had a shop in almost EVERY town in the UK in the 1960s, and at one point took up 65% of the UK market share in record sales.  The 1 previous owner of this LP worked in Woolworths head office, in the music department â€“ compiling the charts for the record stores each week, monitoring sales (stock control), and deciding (along with others) which LP was going to be stocked in Woolworths stores in any given week.  And this was a very VERY big deal indeed for any band!!!!  If your LP was stocked by Woolworths in the 1960s and 1970s â€“ it was almost GUARANTEED to sell VERY well indeed.  Whereas if Woolworths decided not to stock your LP, you had to rely on the independent record shops only, and sales would undoubtedly be very poor indeed!!!!  And so almost every record company sent copies of their LPs into Woolworths to promote their LPs, along with what were in many cases â€˜begging lettersâ€™!  Especially with â€˜newâ€™ bands â€“ as it was VERY hard to get Woolworths to stock them.  And even the biggest artists who were guaranteed to be stocked in Woolworths, sent in LPs and letters to try and gain a better shelf space than their competitors.   Clearly after the LPs came in, and decisions were taken 99% of them were thrown away.  And of course, whilst â€˜Demosâ€™ were sent to Radio Stations, Woolworths didnâ€™t play their LPs on the radio â€“ and so they were sent â€˜Factory Samplesâ€™ instead.  According to the 1 previous owner, they were free for ANYONE to take home at any time after they had been evaluated.  After all, clearly there was no use for them at Woolworths head office!!!!  This 1 previous owner amassed a collection of over 600 LPs in his time at Woolworths.  However he did have a small selection of 1960s pop, beat, rock, and bluesâ€“ of which this LP is just one from that collection.  IMPORTANTLY all the stickers are 100% GENUINE in EVERY way, and each record company has the CORRECT sticker.  So you can tell immediately that these â€˜Factory Sampleâ€™ LPs are 100% CORRECT and 100% GENUINE in EVERY respect!!!!  This is just one 1 LP from this AMAZING collection â€“-
PLEASE VIEW PICTURES OF THE RECORD FROM ALL ANGLES AND AS CLEAR AS POSSIBLE - THERE IS NOTHING TO HIDE!!!!  It really is a GREAT looking LP and it is truly rare to find any copies of this MEGA RARE LP in this sort of condition!!!!  THIS WILL BE YOUR ONLY CHANCE TO BUY A 1969 UK 'MISPRINTED' PRESSING OF "LED ZEPPELIN" BY LED ZEPPELIN, IN BRILLIANT CONDITION!!!!  Dont forget to take a look at all my other items including many other TOP LPs and contact me with any QUESTIONS you may have.

m. The vinyl is beautiful and clean with ONLY 1 visible scuff MARK.. The jacket is in nice condition with NO split seams LIGHT LAMINATE SCUFF WEAR. CLOSE TO a museum piece!
The photos are of the ACTUAL ITEM
PLEASE VIEW OTHERS LISTED TO SAVE ON COMBINED SHIPPING!!! !.  ORIGINAL PRESSING. NO RING WEAR COVER..
US SHIPPING COST 10.50.

.please check .RECORD IN PLASTIC SLEEVE TO CONSERVE PRISTINE CONDITION MINT Means possible unplayed> NM means near mint, in other words it's close to perfect no nicks, marks, wear or scratches. Might have a tiny light scuff mark on the record. Plays perfect NO effect to sound quality. EX means that it is in excellent condition. There may be slight wear on the cover, but no seam splits, and not a lot of wear, it still looks great. For the record it means that it may have a few light marks, but nothing feelable, or that would light marks on the record. VG++ means that the cover may have a small seam split, or a lot of wear, but still look good. For the record it means that there may be several light marks on the record, or a couple of feelable marks that could effect the play but would not ruin the record. This could mean a short scratch or 2 on one or 2 songs

. ANY QUESTIONS  Can send more photo's. FREE packing. daily shipping AT postal station depot for faster delivery time .PLEASE CHECK OUT MY OTHER AUCTIONS AS YOU MAY FIND SOMETHING ELSE OF INTEREST SO HAPPY BIDDING AND GOOD LUCK, THANKS FOR CHECKING OUT MY AUCTIONS! 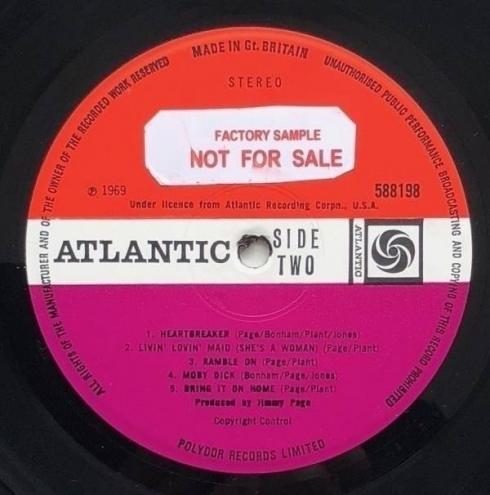 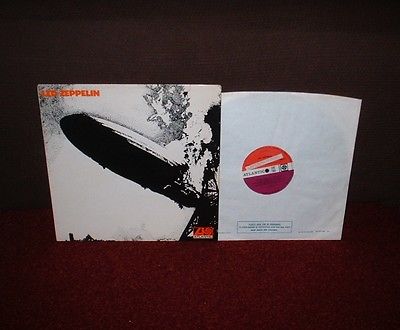 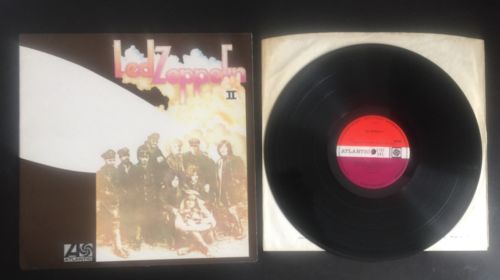 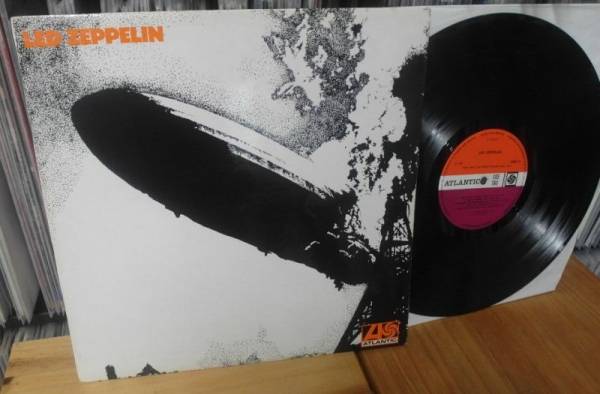 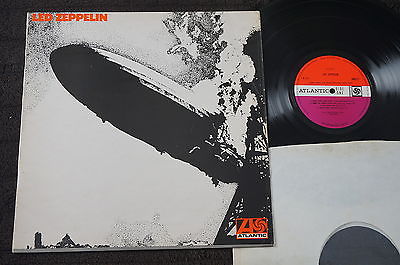 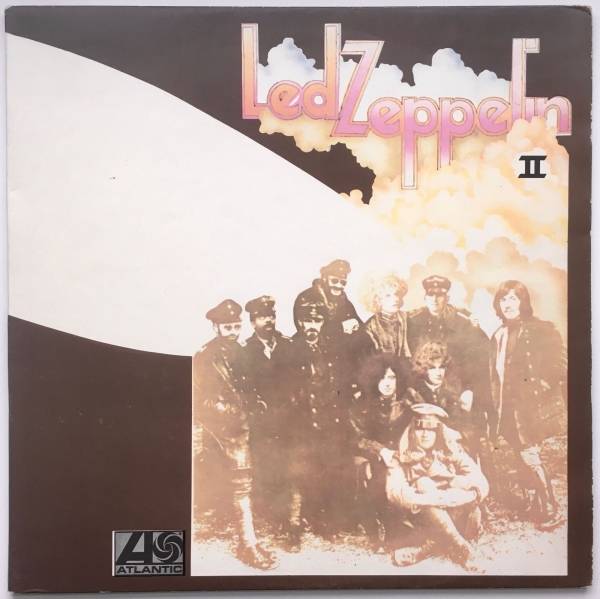 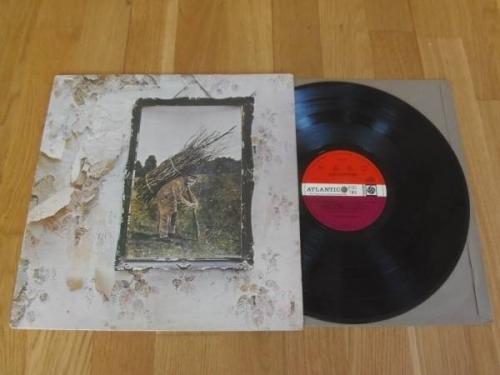 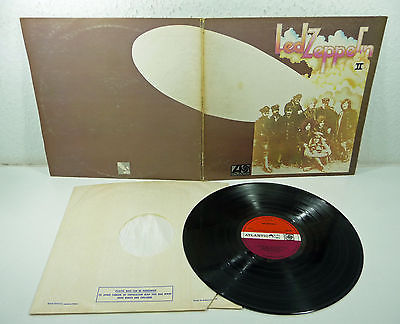