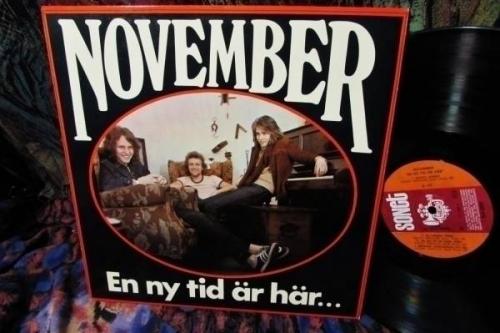 
PLEASE READ BEFORE BIDDING: Please read the entire auction listing, including shipping costs, before writing to ask a question.   OUR GOAL IS CUSTOMER SATISFACTION. In order to meet that goal, we will ALWAYS work with our customers on any concerns that may arise. In the unlikely instance that you feel the need to open a resolution dispute before working with us, you will immediately be blocked from any further chance to acquire the rare music we present each and every week.   Payment is required within seven days. We mail all paid items ONE WEEK after auctions end. Please keep in mind our listings are time consuming in detail and we are often traveling to find these gems, which at times delays the delivery schedule by a day or two. We ALWAYS process and ship every paid order. We have no control over parcels once they are mailed from our local Post Office. Overseas mail to some countries (Italy, Russia, France, in particular) has became very slow. Opening a dispute for slow mail is unacceptable and will result in blocking the bidder. We work hard to provide excellent service as is represented by our 8000 plus positive feedback.   We use a VPI machine and thoroughly clean all records. Each order is carefully packaged by removing the LP from the jacket to avoid seam splits, use of 3 ml plastic cover sleeves over each LP and jacket, cardboard pad inserts, and placed in sturdy record mailers for safe delivery.   We take Customer Service seriously, and want you to be satisfied. Please give us 5 stars in each category through the feedback system, and we will be able to effectively continue to fulfill your passion for rare and collectible music! We have served thousands of satisfied customers - far more than our feedback records indicate - and our aim is to continue to do so. Thank you for your interest and support. ~~~~~~~~~~~~~~~~~~~~~~~~~~~~~~~~~~~~~~~~~~~~~~~~~~~~~~~~~~
SHIPPING:   USA ~ 1 LP = $4.00 Media Priority rates vary by area; please inquire.   All Canadian and Overseas shipping ~ Please inquire about rates. Priority shipping rates required on any order $200+ ~ Also, in the best interest of all of us, safe Express shipping rates on any order totaling $400+   Discount shipping on multiple LPs in same order. ~~~~~~~~~~~~~~~~~~~~~~~~~~~~~~~~~~~~~~~~~~~~~~~~~~~~~~~~~~

final collection copy
Original 1970 RARE first press...the very first album by the mighty NOVEMBER who made three highly rated/collected expensive valued Lp's. Power-chord trio with a great sound derived from blues based undertow, top layered by heavy rock aspirations ... they have not only the 'right' sound, but do the 'heavy' thing right!
Classic debut album by this Swedish power blues rock trio from 1970 who later also gave birth to the amazing Saga. Lots of ripping guitar work inspired by Cream, Led Zep, Sabbath etc. Songs are sung in a characteristic Swedish rock style. One of the best Scandinavian heavy progressive rock albums,,,

Eons from now, when rock archaeologists â€” rockaeologists? â€” unearth the ruins of our civilization in search of righteous tunes, some lucky muck will dust off a copy of Novemberâ€˜s 1970 debut, En Ny Tid Ã„r HÃ¤râ€¦, and wind up crediting them with inventing heavy groove itself. They didnâ€™t, of course, but thereâ€™s little doubt the Stockholm outfit were ahead of the curve in the post-hippie, post-psych movement of what was coming next in guitar-led fare. Informed by the blues much as were Cream, Sabbath, Hendrix, Zeppelin and Purple before them, November nonetheless preceded an entire wave of bands in taking the rock-via-blues licks and beefing them up with significant thrust of tone and rhythmic nod, so that songs like â€œEn Annan VÃ¤rldâ€ and â€œSekunder (FÃ¶vandlas Till Ã…r)â€ didnâ€™t just shuffle, they thundered. Bands like Atomic Rooster and Bloodrock were still about a year off from figuring this out, but soon enough there would be an explosion of heavy rock and roll in their wake, and November â€” who released En Ny Tid Ã„r HÃ¤râ€¦ in the summer of â€™70 with leadoff track â€œMount Everestâ€ as a single â€” seem to have got in just under the wire as an early adopter of the style.

Maybe thatâ€™s no less a narrative than someone saying they invented the whole thing, but at least itâ€™s more realistic. November formed in 1969 with the lineup of bassist/vocalist Christer StÃ¥lbrandt, drummer/vocalist BjÃ¶rn Inge and guitarist Rickard Rolf, coming together around various other incarnations.

November were among the first Swedish rock acts that wrote lyrics in their mother tongue during the â€˜70s. A non-trivial mixture of German and English and equally smooth sounding with the latter constituent language, the Swedish language, along with the soothing vocals of bassist Christer StÃ¥lbrandt, form an extraordinary combination for November to approach vintage rock from their own perspective. Floating over a tight but discrete rhythm section, their hard rock/blues attempts (â€œMount Everestâ€, â€œLek Att Du Ã„r Barn Igenâ€) are excellently complemented by Rolfâ€™s subtle yet essential leads and the outstanding use of the flute. The latter attains a gentle, progressive rock character, not too far from the relevant work of iconic players such as Ian Anderson. Being strategically scattered throughout the album, the blues songs along with their latent hard rock leanings consist of fantastic introductions for the pure hard rock (â€œTa Ett Steg I sagans landâ€, â€œEn annan vÃ¤rldâ€) and hippie/boogie (â€œSekunderâ€, â€œÃ…ttonde) groove of the album. In this respect, the rhythm section of StÃ¥lbrandt and Inge is stepping out of the blues foreplay through Ingeâ€™s frenzied but well-thought drumming and StÃ¥lbrandtâ€™s orgasmic bass lines (listen to â€œÃ…ttondeâ€), while Rolfâ€™s lead and rhythm guitars are cruising the songs with style. It will take no more than 2-3 listening sessions in realizing that November rest on the same level of excellence with their heroes, i.e. bands such as Led Zeppelin, Jethro Tull and Grand Funk Railroad, to name a few.
Moving forward yet another winner is the stomping â€œGrÃ¶na Blad,â€ which seems in direct conversation instrumentally with Leaf Houndâ€˜s â€œGrowers of Mushroomâ€ â€” until one considers that it would be another year before that track and album surfaced from the British band. In terms of that conversation, however, itâ€™s worth noting the use by November of Swedish-language lyrics and titles throughout the record. The notion of mass-marketing a project through the adoption of singing in English is something bands still grapple with, and while November are certainly well remembered thanks in part to reissues of En Ny Tid Ã„r HÃ¤râ€¦ both legitimate and bootleg, one canâ€™t help but wonder if their legend would be even more widespread if theyâ€™d called the album A New Time is Hereâ€¦ instead.

Whatever the rockaeologists ultimately decide on that one, En Ny Tid Ã„r HÃ¤râ€¦ stands among the stronger offerings of its era in English or any language. In 1971, it would be followed by 2:a November and in 1972 by 6:e November, rounding out a trilogy of releases after which the group had run its course, members moving on to different projects in progressive rock and jazz. Theyâ€™d get back together in the early â€™90s and release a live album in 1993 via Mellotronen Records that was recorded in 1971, and have played periodic reunion shows since 2007, but they have remained underrated even among their entirely underrated epoch, and particularly En Ny Tid Ã„r HÃ¤râ€¦ seems ripe for a revisit, whether thatâ€™s through a deluxe vinyl reissue, new album from the band, whatever it might be. Some stuff is just too good to leave alone.
Mount Everest (3:40)En Annan VÃ¤rld (3:47)Lek Att Du Ã„r Barn Igen (5:58)Sekunder (FÃ¶rvandlas Till Ã…r) (5:09)En Enkel SÃ¥ng Om Dej (2:42)Varje GÃ¥ng Jag Ser Dig KÃ¤nns Det Lika SkÃ¶nt (4:06)GrÃ¶na Blad (3:01)Ã…ttonde (3:10)Ta Ett Steg In I Sagans Land (4:01)Balett Blues (1:18)

All imperfections are noted both cover & record
NOTE: All Items backed by  money back guarantee! IF you have a problem PLEASE let us solve for you BEFORE leaving ANY negative feedback. Thanks!   GRADING SCALE: M, M-, EX, VG++,VG+, VG, VG- M    Completely clean, no marks M-   Carefully used, looks clean, plays clean, shiny gloss, no marks EX   Faint scuff or superficial mark, near M-, high gloss, plays clean VG++ Glossy with minimal scuffing or light mark playing very nice, clean VG+ a bit more scuff or markls still plays well with very minimal surface at worse VG   more marks/scratches only minor, nothing deep, no loud clicks or pops         this grade is abused by many, VG here does not mean "trashed" VG-  surface noise present, will not have skips or jumps     ALL PAYMENTS SHOULD BE MADE WITHIN 5 DAYS Of AUCTIONS END   BIDDERS PLEASE = Do Not Bid If You Are Not Serious About  Following Through The Transaction!   ALL ITEMS GUARANTEED FOR WINNING BID - LESS SHIPPING! 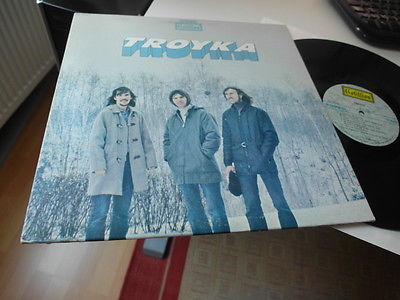 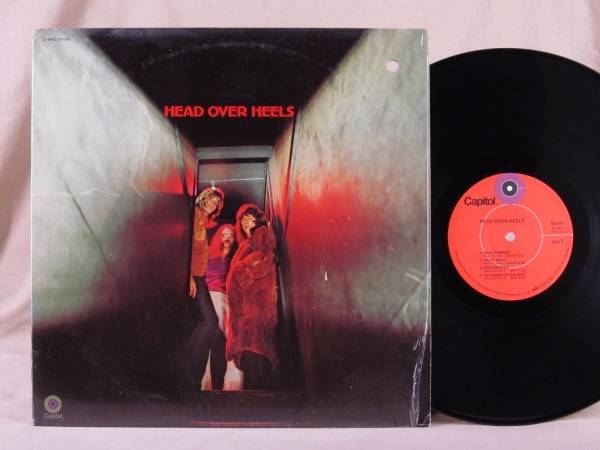 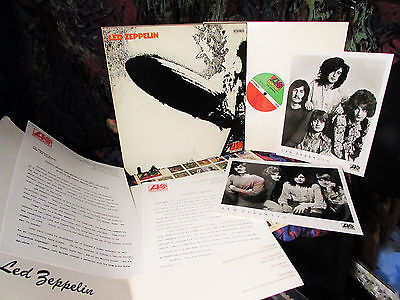 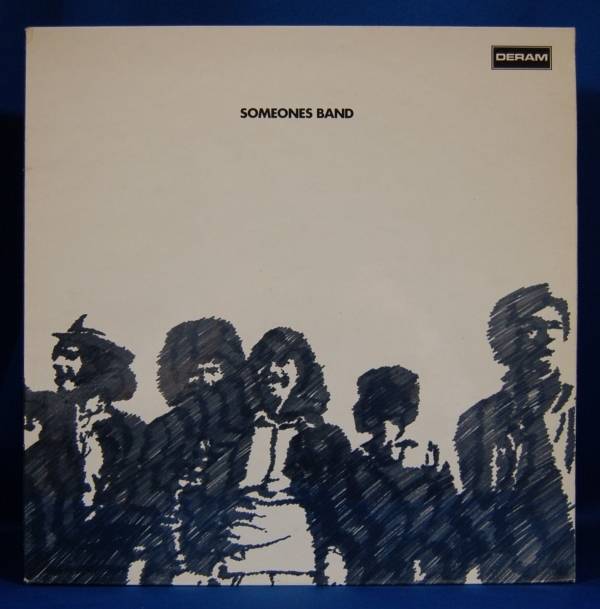 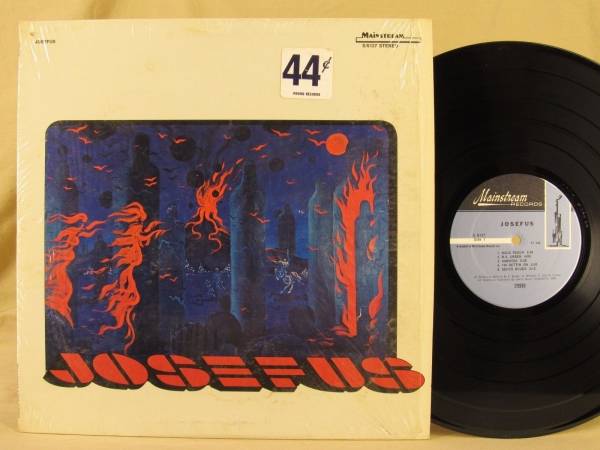 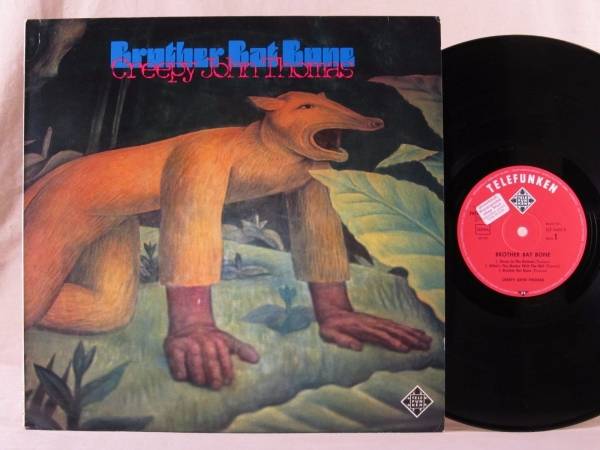 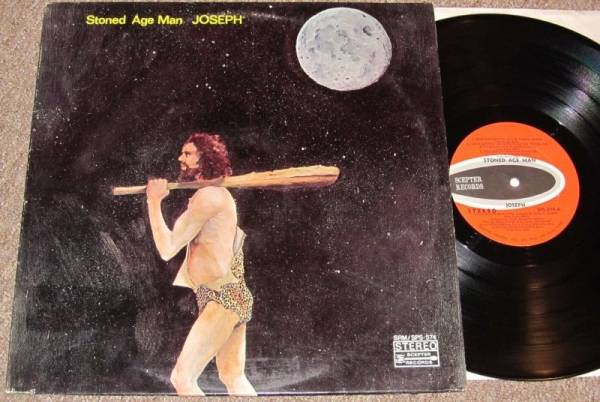 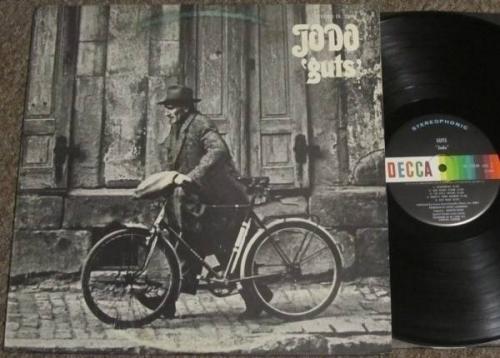