George Harrison was always "The Quiet One" in The Beatles. Despite being The Beatles lead guitarist and the most instrumentally talented member, he was overshadowed by Lennon and McCartney. Harrison often got his ideas turned down by Lennon and McCartney and was a much weaker songwriter than the two of them at the beginning. However, by the later years, Harrison's songwriting had drastically improved nearly to the level of Lennon and McCartney. He first broke out on Rubber Soul with If I Needed Someone, and from then on, delivered a couple of excellent songs per album. He kept writing more and more often, but his songs were still turned down a lot by Lennon and McCartney. He did manage one number one hit with The Beatles though, Something. He saved up a bunch of the songs that Lennon and McCartney turned down though, and released the better ones on his debut album, All Things Must Pass. The album was released in late 1970, November 27th to be exact, and it was an immediate hit. On this triple album, George was the first solo Beatle to have a #1 hit, My Sweet Lord.
Here's his star-studded backing band:
Drums and Percussion- Ringo Starr, Jim Gordon, Alan White
Bass- Klaus Voormann, Carl Radle
Keyboards- Gary Wright, Bobby Whitlock, Gary Booker
Guitar- George Harrison, Eric Clapton. Dave Mason
Rhythm Guitars and Percussion- Badfinger (the band)
The 6 sides 3 record BOX set with giant poster, TRACK BY TRACK:

I'd Have You Anytime- A great opening track, co-written by Harrison's friend Bob Dylan. Dylan shows off his way with words in the lyrics, writing a great love song, which George sings with some emotional vocals. The song starts off with a nice slide intro from George and then the vocals come in. There's a nice short slide solo.
My Sweet Lord- The major hit from this album. The song starts out with some acoustic strumming and then comes a great slide intro from George. George really knows how to write an intro guitar part that draws listeners into the song. The intro guitar part seems upbeat from me and is so catchy. George endured some criticism for the overly religious lyrics such as: "My Sweet Lord, I really want to see you/ I want to be with you" However, this didn't stop the song from becoming a hit. The background chanting of Hallelujah and Hara Krishna fit in well. Around 3 minutes the slide comes back in, and the Indian chanting really sounds great in the background. Great song.
Interesting sidenote on My Sweet Lord- George Harrison was sued by the Chiffons for unconsciously plagiarizing My Sweet Lord from their 1963 hit He's So Fine.
Wah-Wah- Late in The Beatles career, George got fed up with being dominated by Paul, and temporarily left the band. The night he left, he went home and wrote this song. The song starts off with a nice rockin' riff, with Eric Clapton using the wah effect. Then the keyboards and vocals come in. The lyrics don't really make sense, but the song has some great wah work from Clapton and some nice slide from George. Unfortunately, everything is nearly drowned out by Spector's production.
Isn't It A Pity- This is a really beautiful George song supposedly turned down by John and Paul while they were recording the White Album. It has really beautiful lyrics and emotional singing. It starts out with some piano chords and then George's voice comes in. The singing in this song is just beautiful. He sings with a sadness, as the song is about how far the world has strayed from peace and love. This song reflects George's wishes for peace and love on earth. Around 2 minutes in, the slide guitar comes in with a short nice solo. The rest of the song is George singing "Isn't It A Pity" and we get to hear some great slide playing from George. The production on this song is great, it reminds of While My Guitar Gently Weeps a little. A perfect song.
What Is Life- This is one of the more popular songs off of the album, becoming a top 10 hit in 1971. It starts out with a catchy guitar riff and bassline, and then it explodes into an upbeat catchy song. The lyrics are interesting, as the song name makes it sound like a philosophical religious song, but it is pretty much just a catchy love song.
If Not For You- What a perfect song. It starts off with a nice slow slide guitar intro. The singing is emotional and some of George's best. There are nice slide fills after each line and the keyboard and tambourine work very well. The song has incredible lyrics, featured in my usertitle, written by the mighty Bob Dylan. The song is somewhat Dylanesque, even having harmonica. Amazing song, definitely a highlight of the album for me.
Behind That Locked Door- This song starts out with acoustic strumming, a little slide guitar, and bass layered on top of each other, a good example of how many of these songs are constructed. Instrumentally, this song is not very interesting, but it is a well-constructed ballad that has terrific lyrics about opening yourself up to people.
Let It Down- This song kind of like the tune, What Is Life, but better. Not really sure what the lyrics are about, but the song is catchy, especially the chorus, and the slide guitar fills are good.
Run of the Mill- It starts off with some nice acoustic strumming. This song has fantastic lyrics. I'm not educated on the Hara Krishna philosophy, but this song is basically saying that you're the one making your everyday choices, not God. Interesting stuff.
Beware of Darkness- A stripped down version of the first song from the other side. This one is just George singing with his acoustic.
Let It Down- A stripped down version, not much to say. Some nice fingerpicking.
Beware of Darkness- This is a beautiful Harrison ballad. The lyrics are some of George's best. Harrison writes with a sense of forboding, warning against many things, even against political leaders, "Beware of greedy leaders/ They'll take you where you should not go" and spiritual thoughts, "Take care, beware the thoughts that linger/ winding up inside your head." The song also has a great but short slide solo, nice Spector's production here.
Apple Scruffs- A kind of joke, filler song. It starts out with harmonica and is just George singing about Apple Scruffs. Pretty much a pointless song, but fun to listen to
Ballad of Sir Frankie Crisp (Let it Roll)- This song starts off with some nice piano chords, acoustic strumming, and a steady drum beat. This song has great singing and the lyrics are Dylanesque, telling a nice story. The lyrics are describing Harrison's mansion, Friar Park, which he lived in from the late '60s till he died. Frankie Crisp was the previous owner, and Harrison takes us on a tour of the house. The cover of All Things Must Pass is of Harrison at Friar Park. Spector's production is great here too.

Awaiting On You All- This sounds like a an upbeat pop song, similar to What Is Life, which overshadows some of George Harrison's most brilliant lyrics. The song is actually a harsh criticism of the church, shown by the lyrics, "You've been polluted so long/ But here's a way for you to get clean." These lines show that Harrison believes that the church is polluting people's vision of God and Jesus and that people should try to connect with the Lord directly, not through the church. He continues to criticism with "You don't need to designate or emigrate/ Before you can see Jesus" which is a criticism on the Muslim hajj, or journey to Mecca. The next few lines are some of the most controversial Harrison lyrics ever though, "You don't need no church house/ And you don't need no temple/ And you don't need no rosary beads/ Or them books to read." These lines remind of guys like Martin Luther in the Reformation 700 years ago, as Harrison harshly criticizes the ways of the church. He feels that people can find God on their own and he wants to get his message out. Musically, the trumpets on this song are to good effect, even though they drown out Harrison's slide guitar.
All Things Must Pass- The song starts out with some slow piano chords and George comes in with some inspired vocals. The lyrics of this song are reminiscient of Here Comes the Sun and Let it Be. They say that time heals everything, and that things will change over time. This isn't quite as good as either of those, but still an amazing song.
I Dig Love- Kind of a filler, with silly lyrics, but it also shows that all George wants in this world is more love and for people to get along better. This song does have an awesome but really short slide solo.

The Art of Dying- This song opens with some awesome wah guitar then Harrison's voice comes in. The lyrics show that George believes that death is not the end, and shows his spiritual side.
Isn't It A Pity (Version Two)- I like the other version better, but this is cool. It has flute in it.
Hear Me Lord- A nice, typical spiritual song. It has some nice slide playing and singing, but there's not really that much to say about this song. It's good, but it's overshadowed by the other stellar trackes on the album.

It's Johnny's Birthday- A filler that introduces 'the jam'.

Plug Me In- The beginning of the jam. The jam songs have 3 stellar guitarists, George, Eric Clapton, and Dave Mason of Traffic. This jam is shorter, at just over 3 minutes, but it's awesome. It's just guitar soloing for the whole songs and the rest of the album is like this. Love it.

I Remember Jeep- More of the same, except this has Ginger Baker, Klaus Voorman, and Billy Preston. It starts out with some wierd synthesizer and Billy Preston's keys, and then the guitar comes in. The guitar playing is very impressive, and the song goes on as an 8 minute jam.

Thanks For the Pepperoni- Starts out like Roll Over Beethoven, and is probably the best out of the jam tracks. More great guitar work, as Dave Mason rejoins the band, after being absent from I Remember Jeep.'

Out of the Blue- Good but not as much as the other jam tracks. It has less flashy guitar soloing and instead has a repetitive riff that doesn't really go anywhere. Harrison and Clapton are playing together, I'm looking for nice guitar work. The song is long, 11 minutes.

Overall, this album is pretty incredible. Pretty much every song is great. George really shows off his slide guitar skills on this album, and his songwriting and singing flourish. George never had quite the confidence in his voice that John or Paul did, but he makes up for less power with more emotion. The supporting cast of musicians is pretty much as good as you could imagine, and they work together flawlessly on this album.

CONDITION: The cover: rated: thick BOX rated: "EX" (excellent) still clean appearance, only lightly used visuals by original (careful hands) owner ...very CLEAN with bright visuals, not dirty or soiled like usually found ... overall solid collection copy ... there are no delete marks, no split seams, no bends, and no writing  ... VERY collection worthy ...
The vinyl: Rated: "EX" (excellent) to M- shines clear over all 4 sides, little evidence of previous careful handling over the past 48 years, plays with NO problems ... clear and enjoyable audio all the way  ...all 6 APPLE labels are clean 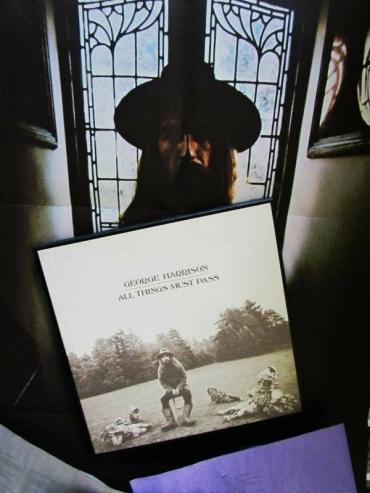 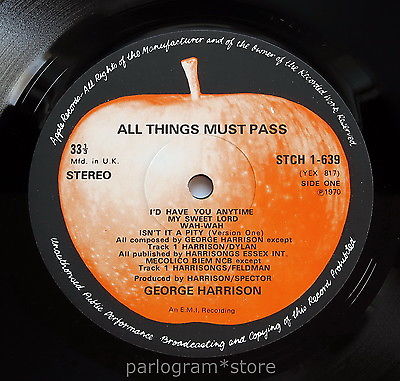 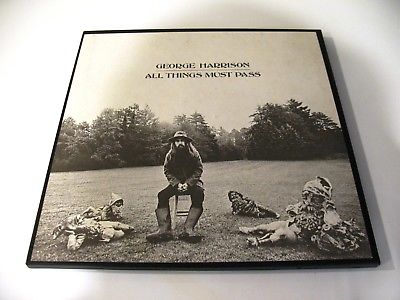 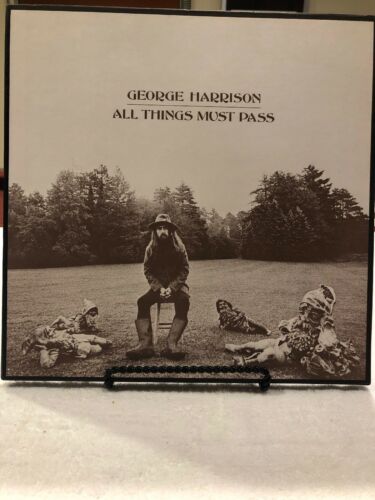 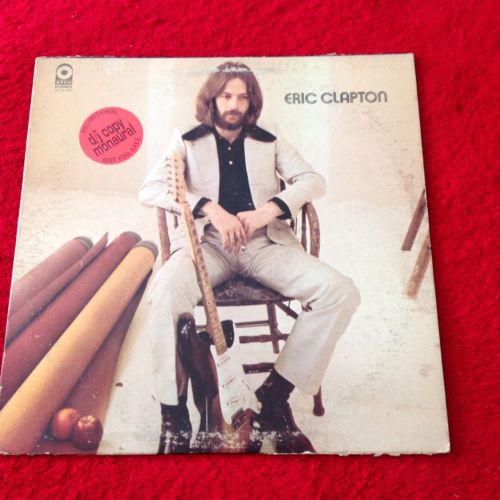 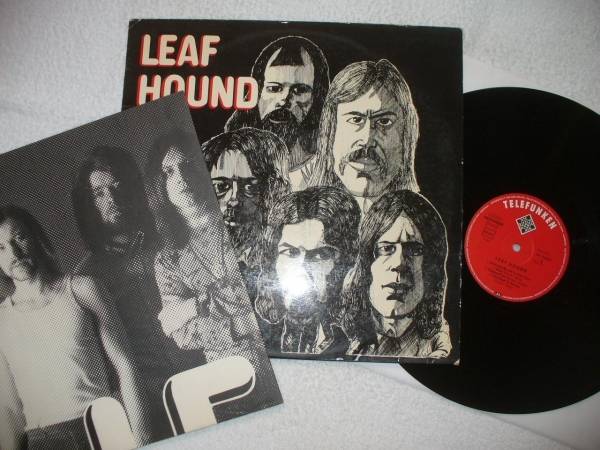 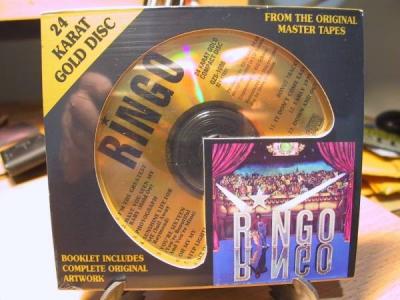