Selling my collection of Texas punk 45s and memorabilia individually.
This listing is for BOBBY SOXX Learn to Hate In The 80's b/w Scavenger Of Death 7" single in original fold over paper sleeve as issued.
Bought from VVV records on release, with catalogue # VVV-004
Original record in near mint condition, with an excellent original sleeve with only superficial creases. The record has not been displayed, mainly just stored away out of the light.
Tickets and photos of Hot Klub & VVV added for interest only and not included in the sale. I don't think Bobby Soxx  / Telefones issued tickets. As I recall they were mainly for visiting groups, though I saw both several times.
Acquired when I lived and worked as an illegal in Dallas 79-83. Having fought in the punk wars in Coventry in the UK [The Clash, Elvis, Specials era] my timing was good to visit Dallas. The neuvo wavo scene was emerging and I went to the Hot Klub, DJ's & The Palladium / Agora to see locals like Bobby Soxx, The Telefones, NCM, The Doo, The Nervebreakers and Joe King Carrasco, through to a fab array of visiting groups like the mighty Fall. I worked at Sound Warehouse for a while and bought punk records at VVV and Metamorphosis, taking it all for granted. Sound Warehouse only stocked mainstream records, though shifted a lot of Rapper's Delight and Grandmaster Flash 12's alongside ZZ Top.
This record has been been played a handful of times - once on purchase, and a couple of times more recently on after revamping my hi fi to check condition. Condition is as purchased from new with no noticeable flaws, playing at 1g on a Thorens TD320 Mk2.
The last time I saw the same Bobby Soxx 45 it was listed on Discogs at £1687 a couple of years ago, eBay sold one at ~£900 around the same time, so this auction starts at a reasonable £999. I don't want to take the risk of it being returned damaged, lost etc, so I will package with great care, insure and dispatch promptly.
As time has gone on I have come to appreciate the historical significance of being there and the residual quality of these Texas punk records. A couple of years ago I listed these records as part of a Texas punk collection and had several enquiries about individual records but no one wanted to buy the lot. Now selling individually. My Fall / Telefones cassette recording, Hot Klub poster and LPs signed at VVV, along with some poster prints and an original Stevie Ray Vaughn poster from Oak Lawn sold at the time. I will list other records, posters/flyers and a couple of fanzines separately.
Bobby Soxx / Hot Klub / VVV records seen on Dallas tv:
https://youtu.be/TJsXH4FcreQ?t=242
& for comparison, NCM - Quick To Complement is my personal Dallas favourite from that era since it stands alongside the best from the new wave 'I like a nice tune' axis:
https://m.youtube.com/watch?v=rsnzwpBapDE

ROBERT WILONSKY | NOVEMBER 2, 2000 | 4:00AM
AA
Bobby Glenn Calverley would have turned 46 next month, on December 29, but there will be no birthday party. Instead, on November 5 at Bar of Soap, there will be a wake: Last week, Bobby died of liver failure. At 2 a.m. on October 23, the doctors at Baylor University Medical Center pronounced Calverley dead on arrival; he drank himself to sleep, as usual, only this time he would not wake up. Those who knew him best never expected him to live to see 46 or, for that matter, 36. Some thought Calverley had died a long time ago; they heard rumors, whispers that he'd been shot to death, stabbed, or that he had died in prison. Others thought he would never die; he wore the scars of the indestructible. When word began circulating late last week that he had stopped breathing, many of Calverley's oldest friends shed few tears. They shrugged, as if to say, Finally, Bobby Soxx is dead.
"Death couldn't touch him," says ex-Nervebreakers guitarist Barry Kooda, once part of the local punk scene that birthed Bobby Calverley's alter ego--Bobby Soxx, lead singer (shouter? screamer? growler?) of the band Stick Men with Ray Guns, which existed throughout most of the 1980s. "It sounded like something totally made up when I heard he died of liver damage, because the guy was bulletproof."
Bobby Soxx is that very definition of local legend: More people have heard about him than have actually heard him perform. Everyone who knew him in the late '70s and '80s has one story, if not 100, to tell about him--the time he pissed on this guy, the time he punched that guy, the time he got so fucked-up at one bar that he drank candle wax off of patrons' tables. They are tales that, over time, become the stuff of mythology--for better or worse. Those who knew nothing of his violent temper and had heard only of the name Bobby Soxx (or Stick Men with Ray Guns or Teenage Queers, his first band with the Dirkx brothers) worshipped him, if only because he was there and, somehow, survived.
It's understatement to say Bobby Soxx had lived through a lot: He had been shot at point-blank range; stabbed by burglars, who punctured his lung; incarcerated in Huntsville's prisons and Terrell's mental asylums. He fought with audience members, with members of other bands, with members of his own bands. He drank and drugged so much he insisted that he remembered few of the bad things he did during his lifetime, including the night he beat his live-in girlfriend with his fists, then a tire iron, before urinating on her crumpled, battered body.
"Every fifth day, I asked him if he wanted to quit drinking," Kulcsar says. "He said, 'No, it's all I got. I don't do junk or speed anymore. Drinking's all I got.' He told me when he was living on Greenville, he could panhandle 15, 20 bucks a day, and at $1.25 a quart of beer, that was a lot of 40-ounces. I got him down to four bottles a day, but the damage was done. Everybody told me he had more chances than most. One of the originals we wrote was called 'Scarred.' It said, 'I've taken a bullet/I've taken a blade/I'm scarred.' He said he deserved it. He wasn't bitter at anyone. One of his personalities knew the consequences of his actions. At one time in his life there was a good guy there, but somewhere and somehow that person got squelched."
Even those who want only to say nice things about Bobby Soxx have a hard time finding any. Nancy Soxx lived with Bobby from 1973 till the early '80s; she long ago went straight and left behind the punk-rock lifestyle. They met through Nancy's sister, who attended high school with Bobby at Sunset. Nancy thought Bobby was cute back then, a regular little hippie with hair down to his shoulders. The girls thought he was cute, and back then he was. After all, he was not so far-removed from his days in a Christian youth group, of which Bobby insisted he had been part when he was a kid.
Nancy--who doesn't want her last name used; "just say 'Nancy Soxx,'" she insists even now--isn't quite sure when her boyfriend made the transition from hippie to punk, only that by the late 1970s he had become enamored of the Ramones, Blondie, and Robert Gordon--the latter of whom they went to hear at the old Agora Ballroom in 1979. Before the show, there was a punk-new-wave talent contest, and Bobby entered, wearing a red-and-white-checked shirt and straight-legged girl's Levi's, with his hair sticking straight up. For his trouble, he took home a 1953 Seaburg jukebox stocked with 100 records. That night, he introduced himself to the crowd as Bobby Soxx. The nickname stuck.
"We had a lot of friends in punk bands, and we were hanging out with them," Nancy recalls. "He decided he wanted to sing, so he formed his own style, and different bands decided he could play with them. We had a lot of fun with them, and we hung out at some neat clothing places, like Ec-lec-tricity. We got into the scene of dressing, the fun clothing, and things like that. It was a fun time, but he changed. He turned me off after a while. I was quite a bit older than he was. I'm 55 now, and he never grew up. He did everything to the extreme, and I just couldn't live like that anymore. It broke his heart. He was a big crybaby, but I had to do it. I was sick of it. I finally got enough, and I'm still alive."
The night before he died, Bobby, who had been living with girlfriend, local artist Sunny Delipsy, called Nancy. They hadn't spoken since his release from prison, and she wanted nothing to do with him. Nancy says Bobby called to tell her only one thing: He would love her till the day he died. 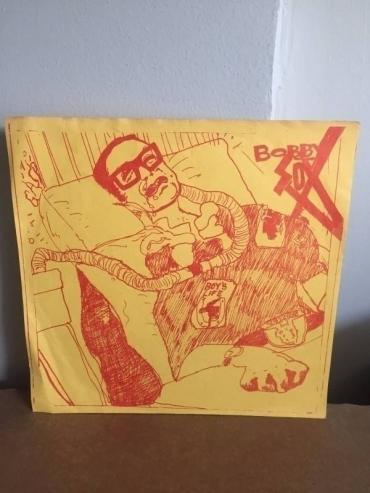 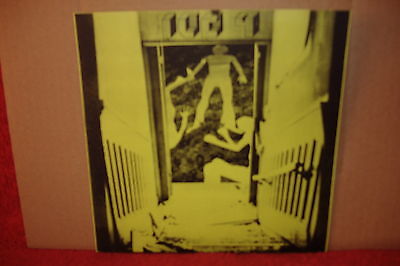 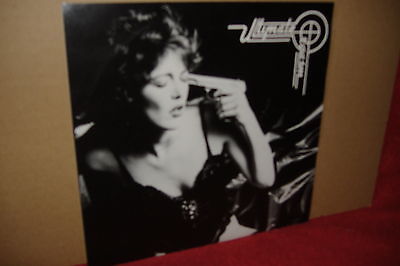 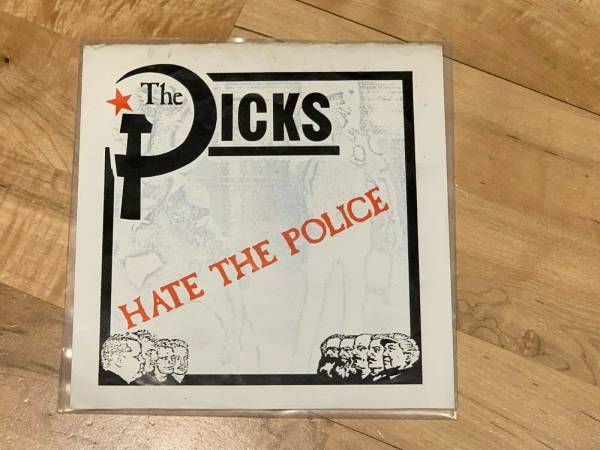 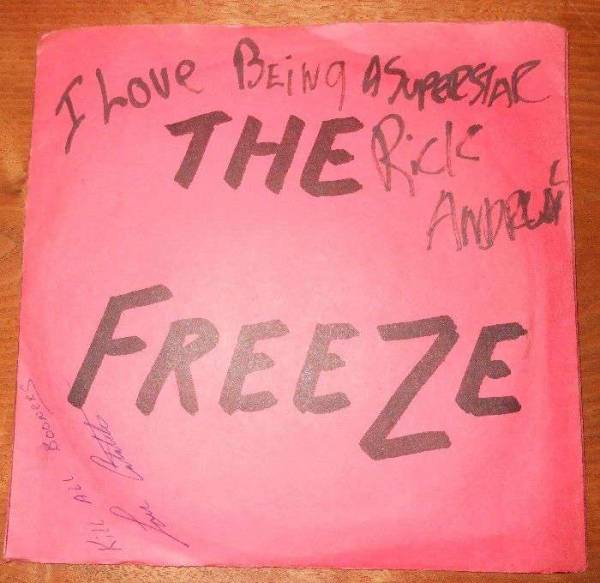 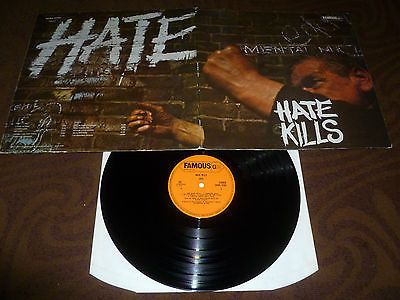 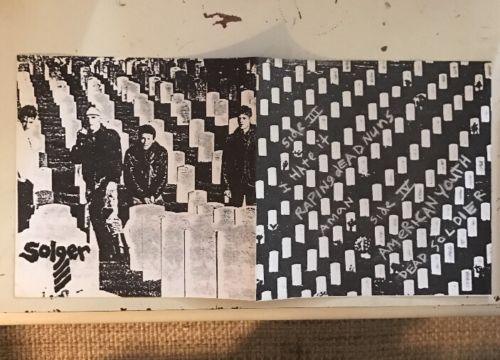